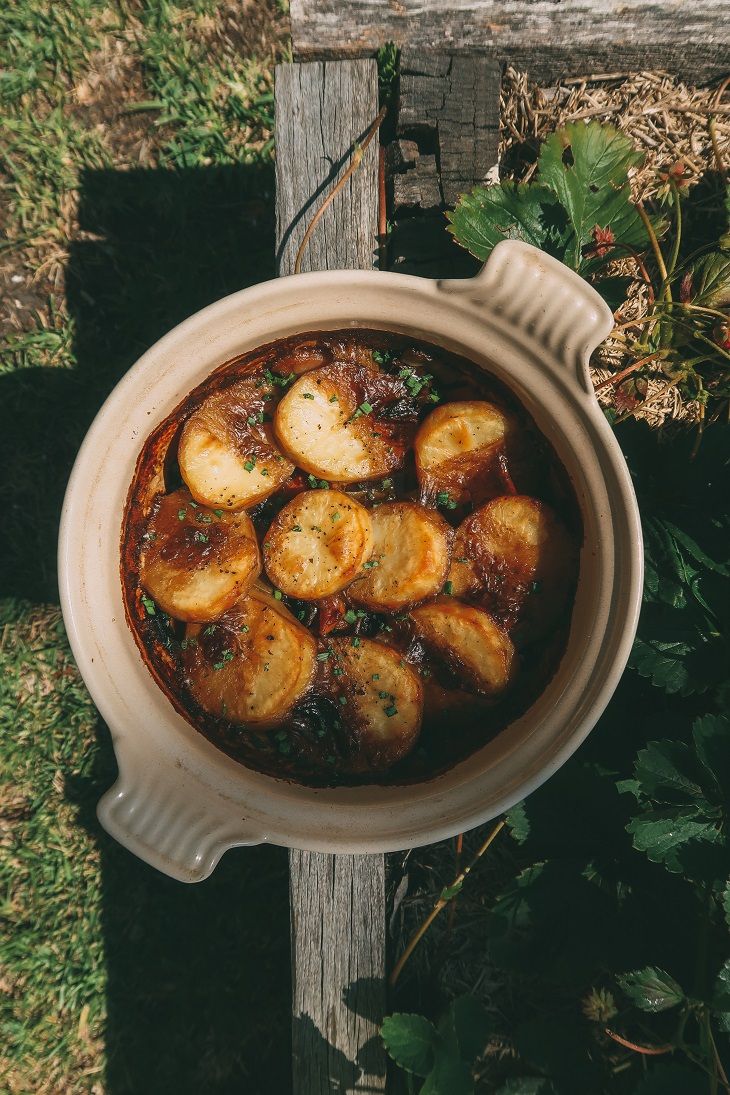 Stew's are something that unless you grew up with them (because say you're from the UK or Ireland), then they're most likely towards the bottom of your "what to make for dinner barrel". Not because there's anything particularly wrong with them, just that A) they require a bit of time to do their thing, either on the hob or in the oven - which many of us are becoming increasingly unwilling to plan ahead sufficiently enough to do, which is a bit sad, and then because B) aesthetically they're a little average.

So with this recipes, I've tried to remedy that last point by putting the potatoes on top instead of in the stew, and grilled them a bit after baking so you essentially have the best of both worlds. Saucy, flavourful, soft stew-like potatoes, with that roasted potato finish. Glorious! As for stews taking a while, I do implore you to give it a go despite it taking a couple of beats to make, as it's the perfect comforting (and dare I say, just as "meaty" and satisfying as the real deal) dish to make for your loved ones on a cold, or even just overcast kind of day.