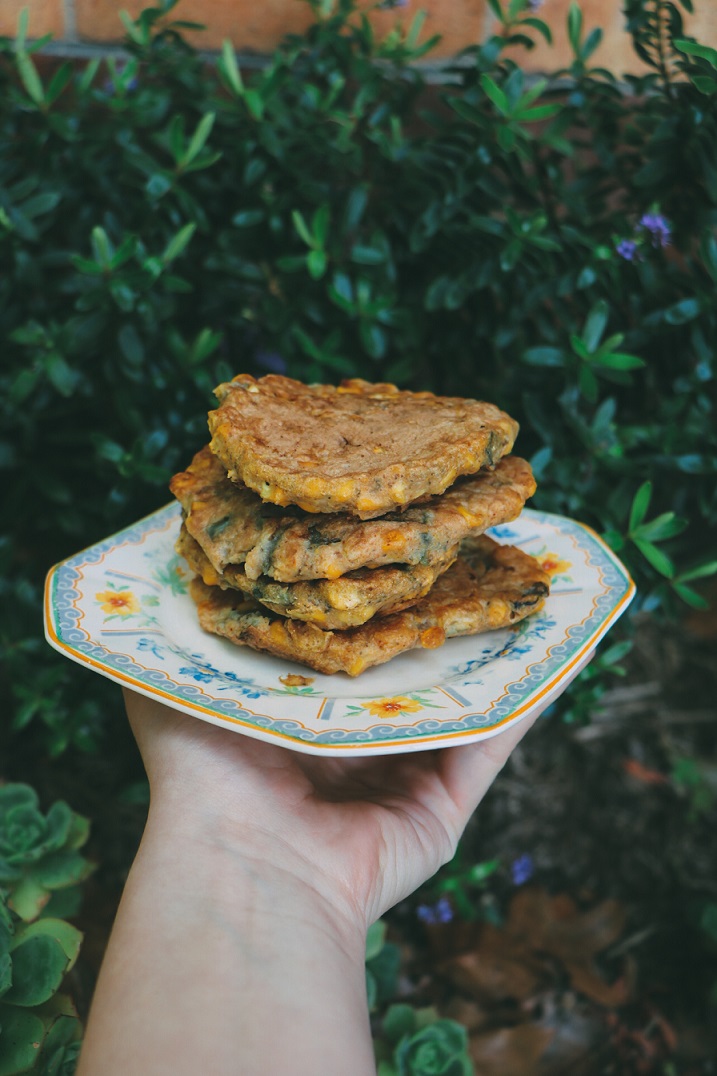 Corn fritters; a staple childhood favourite, and probably a nostalgic favourite for my parents too. I have clear memories of my mum or dad pulling out this old cookbook (falling apart at the seams sort of thing, no pictures of course) and making fritters for dinner on weeknights. They came together in an acceptable time frame in their granted week-night slot, and while they were cooking, boiled vegetables would be prepared to accompany them. It was a staple and due to their relatively say, un-intimidating flavour for young palettes, they were met with zero qualms - and so the memory replays itself as they were made again... and again. So if you want a trip down memory lane, or just happen to really like corn fritters (no issues there, who doesn't - they're might tasty), or want to deliver a vegan version of this old time favourite to a new generation - then here's your recipe!

This recipe was included in a 'Veganizing Childhood Favourites' video on my YouTube Channel. Click through the button at the bottom of this post to watch the full video. 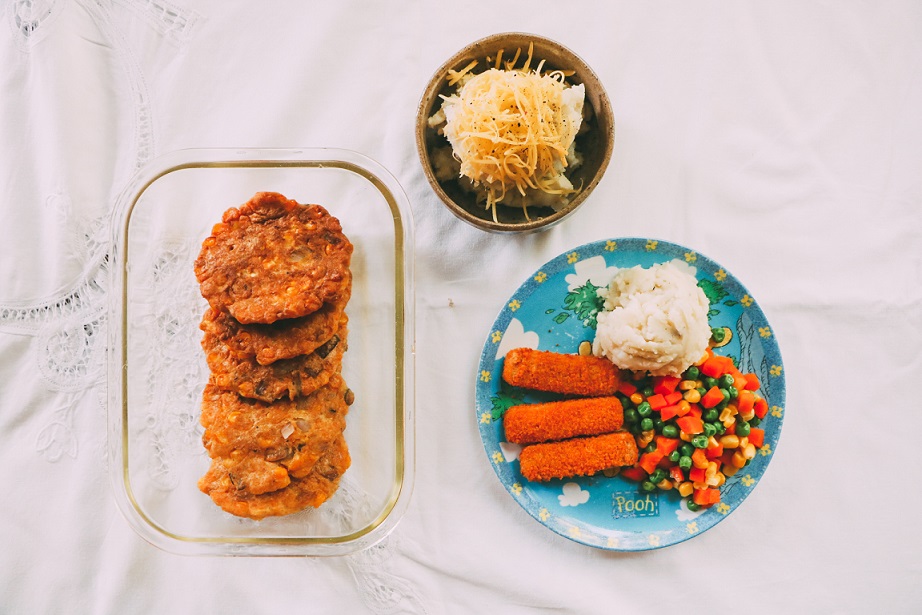