Fish is probably the hardest thing to veganifye. The texture is just too unique and say... oily(?!) to be able to accurately recreate (for a fillet of fish at least). When you go completely vegan your taste buds adjust, meat and fish is a seriously rich food you cut out that you no longer have the same taste for, and so chickpea tuna salad and artichoke crab cakes are a jolly-good substitute. But the matter of real-fish like mock-meats remains and that's when the matter of smoked salmon has probably popped across your mind as something you had in your pre-vegan era. It's pretty popular and in a lot of breakfast spreads and bagel fillings that cafes generally feature, so most of us probably have or had a taste for it.

But I cannot tell you how crazy-similar this is honeybunches. It's actually almost spot on. Apart from the look being obviously carrot looking, the taste, texture and colour foolery that goes on is so mind blowingly convincing you'll have a hard time knocking it. Then when you pair it with a blini with some vegan cream cheese or on a bagel or even on top of a rosti stack (!!!!) - ok getting excited about all the vegan doors this opens, but heck it's AMAZING!!!

Just read the full recipe through before starting honeybunches, know that it's 99.99% setting and forgetting and 0.01% hands on - and be prepared to never look at carrots the same way!! 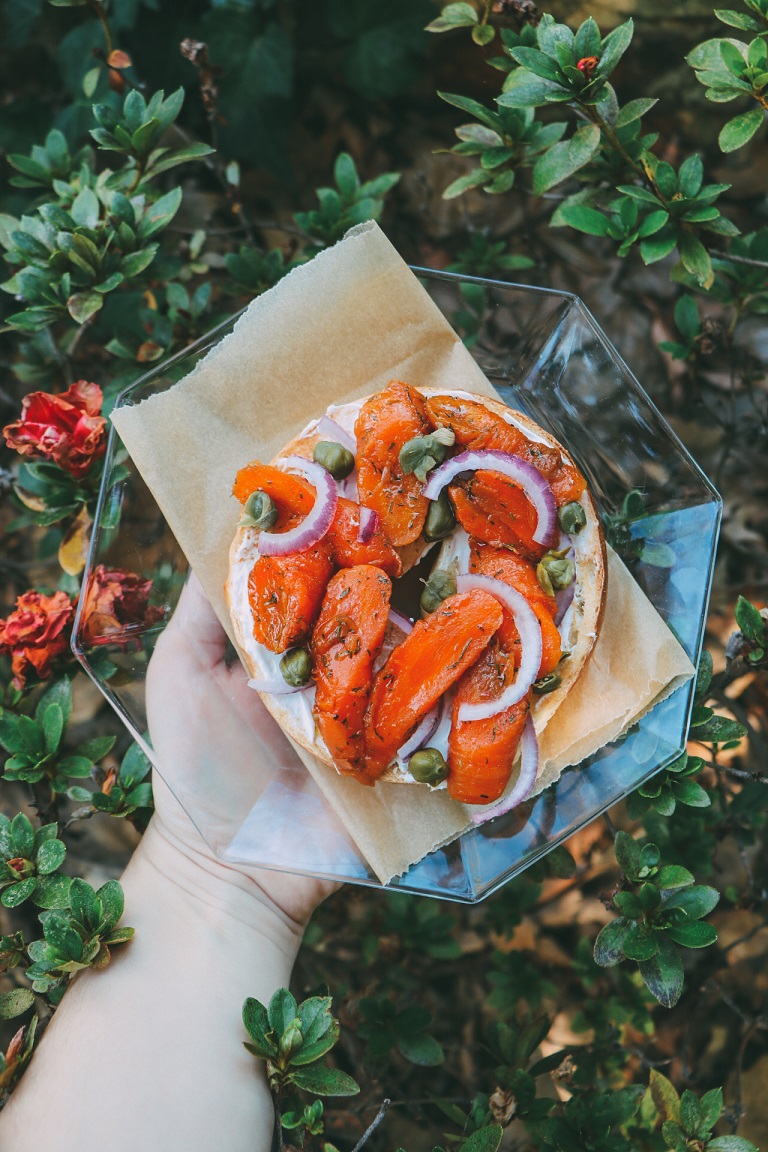