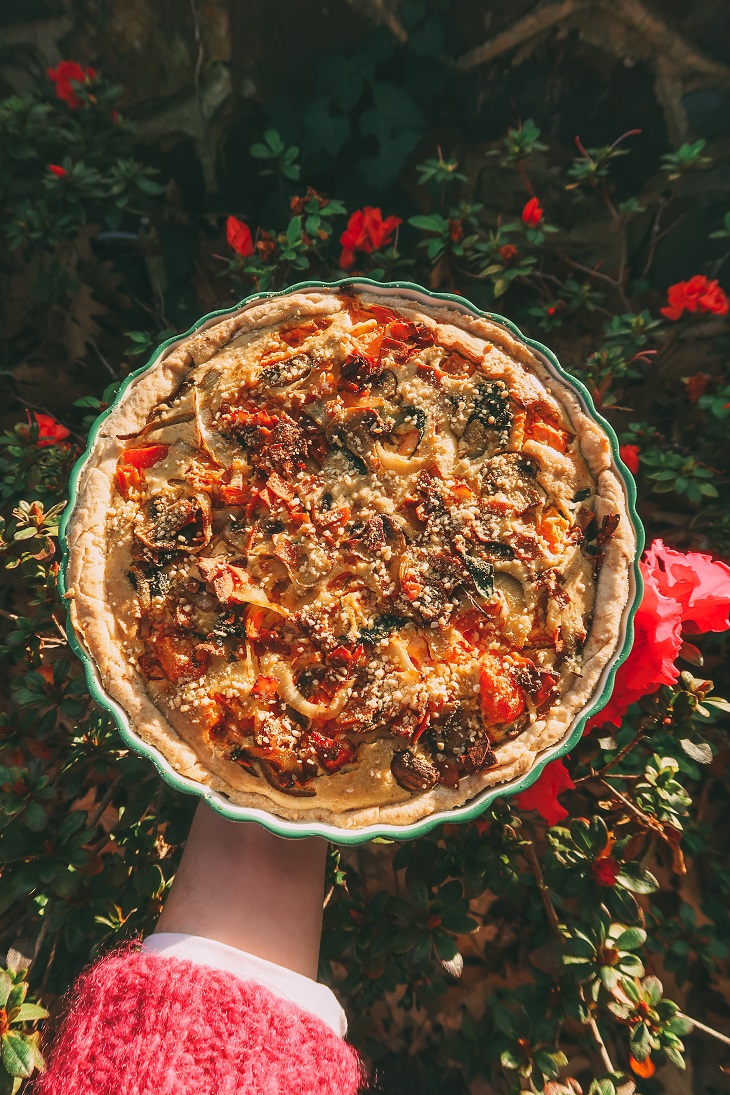 Alright so before anyone gets their nickers in a knot, let me just say that a vegan quiche of this kind (aka make with chickpea flour) is a creation of it's own. It's similar to eggs for sure, but the texture is not exactly what you might be hoping for. But DON'T LET THAT STOP YOU, because what this is honeybunches is a dashingly delicious quiche of a thing on it's own. It keeps better than any quiche you've ever had and actually tastes phenomenal cold - so move over red rover and get a piece of this deliciousness in your lunch box asap.

My favourite quiche recipe of mine, is in my 3rd cookbook 'Straightforward'. I leave this recipe as it's still delicious, being just another way to make a vegan quiche. Also I think it's nice to show the evolution of my cooking over time.