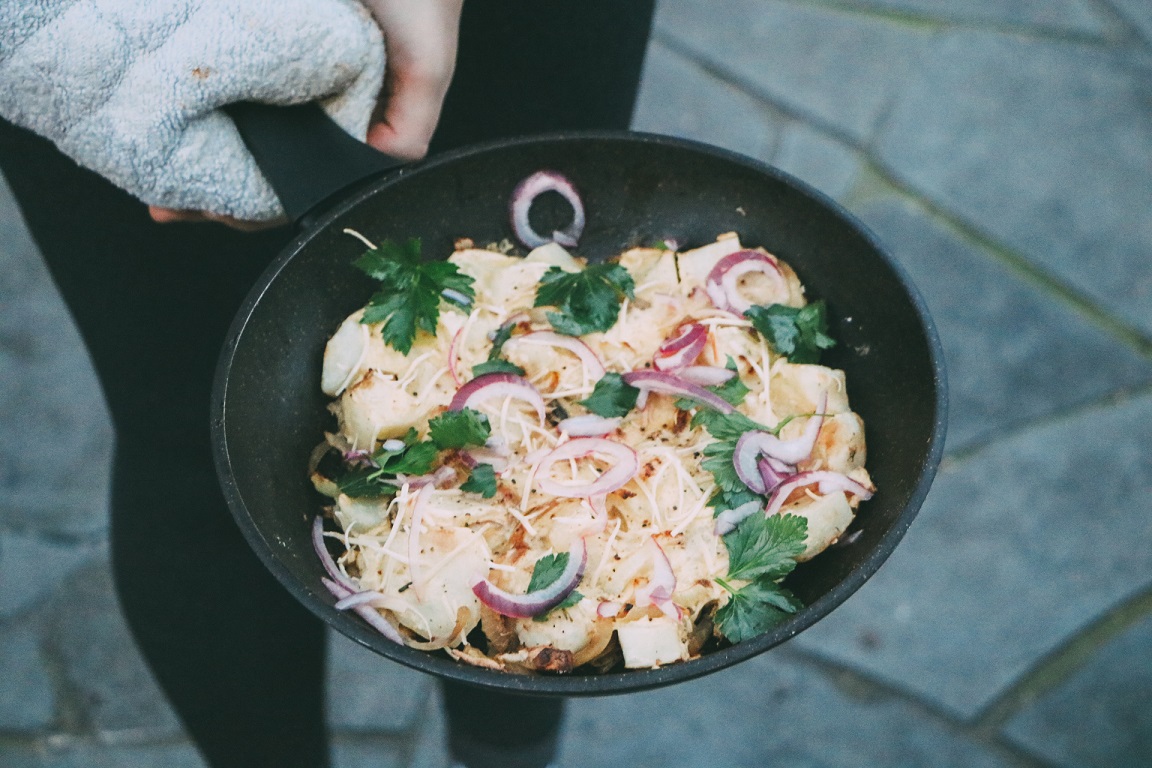 Never would I ever have thought that this could be amongst the vegan recipes I have on hand. The taste and texture is so wonderfully convincing and accurate to how I remember, it's a crazy phenomenon!! The eggs cook evenly and gently amongst the potatoes and paired with this pickle I remembered from a Jamie Oliver recipe, it is such a quaint little delicious dish. A perfect way to get the most out of your vegan eggs, as well as prove to your friends and family that you really don't have to miss out on a thing when going vegan. This shouldn't work - but it does!!