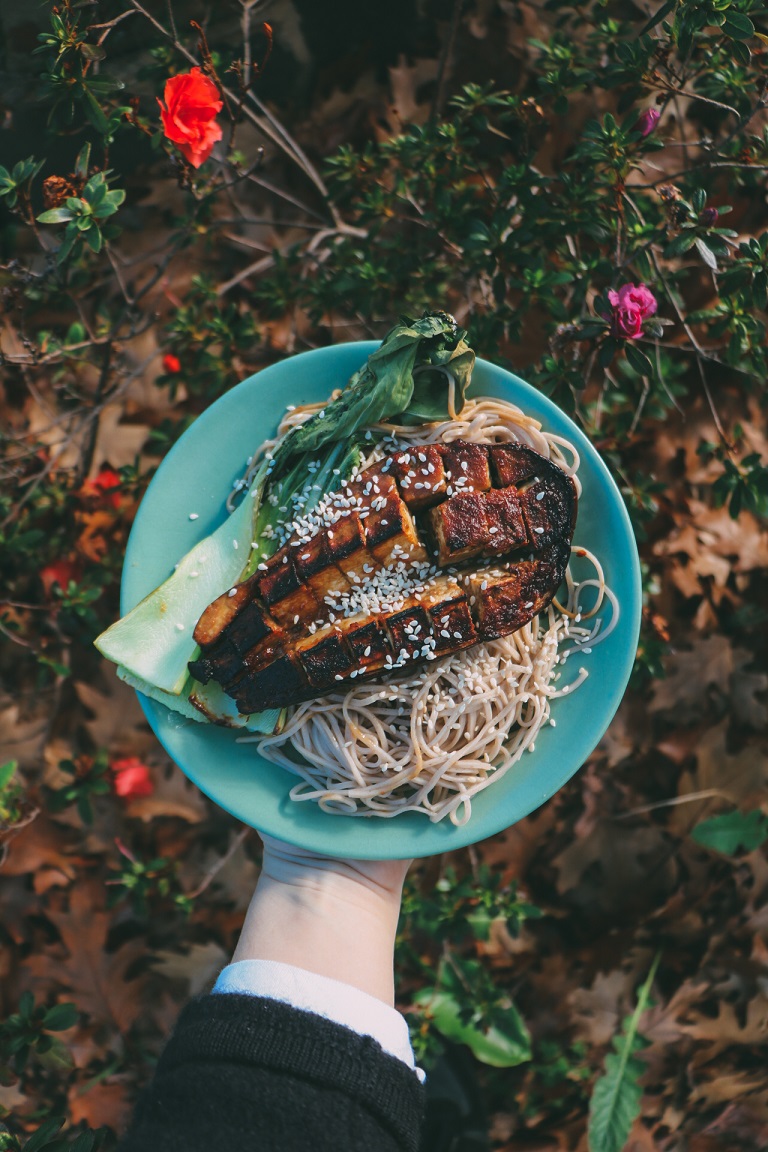 I've had my fair share of narly eggplant over the years. Well I'm not that old and it's never been that bad, but eggplant is one of those things that people think they don't like only because they've had it under-cooked - something that is FAR too easy to do. So the answer is cooking it at a higher heat and for a wee bit longer than you think you need too and voila, douse it in a marinade and you'll be in aubergine heaven.

This Miso eggplant makes one mighty good midweek dinner that will have any and all who get to wrap their gobs around it, thoroughly impressed ! It's soft, flavourful and the eggplant just melts away into the dish so there's no real "hunks" of the stuff you have to suffer through. I promise you'll like it. All the best honeybunches xo