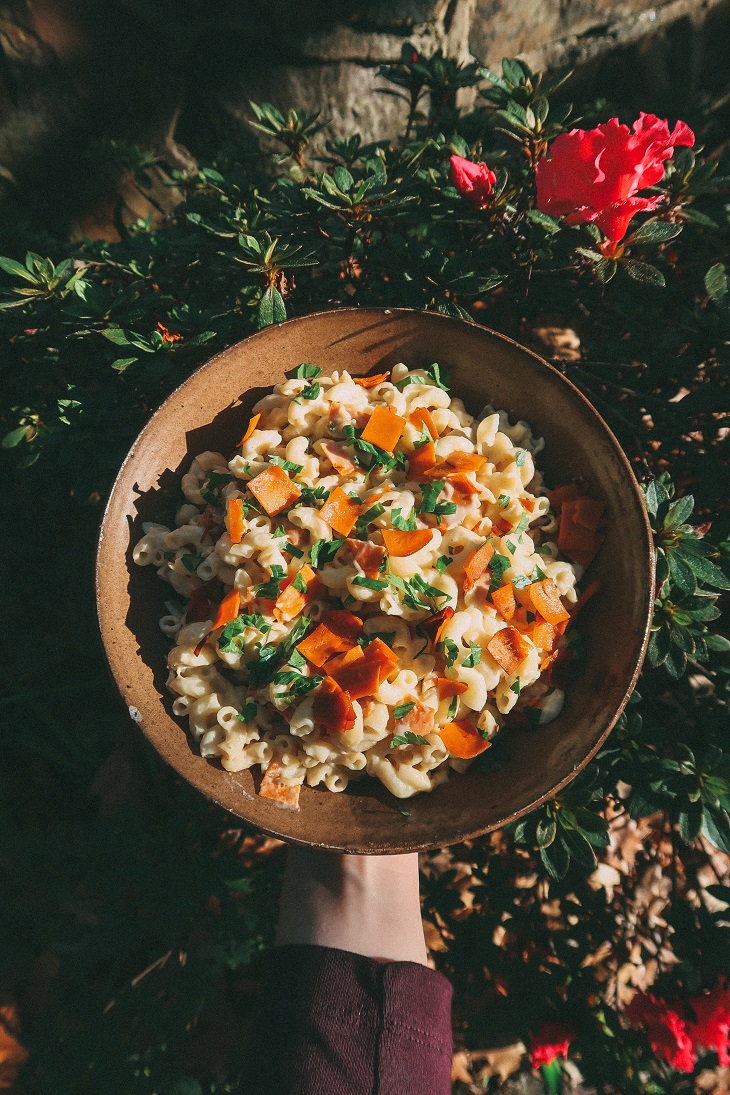 This mac & cheese is so much like the original it's simply glorious. The sauce is so much creamier and luscious than any cashew, potato and carrot based one you'll ever make. They're delicious don't get me wrong - but when you try this version you sort of realise that they're their own thing and that this, THIS is the stuff to behold when you're wanting some outstanding Mac & Cheese. My whole family devoured this ridiculously quickly as soon as I made it honeybunches, and I know you will do the same if you make it. It's HEAVEN!!!