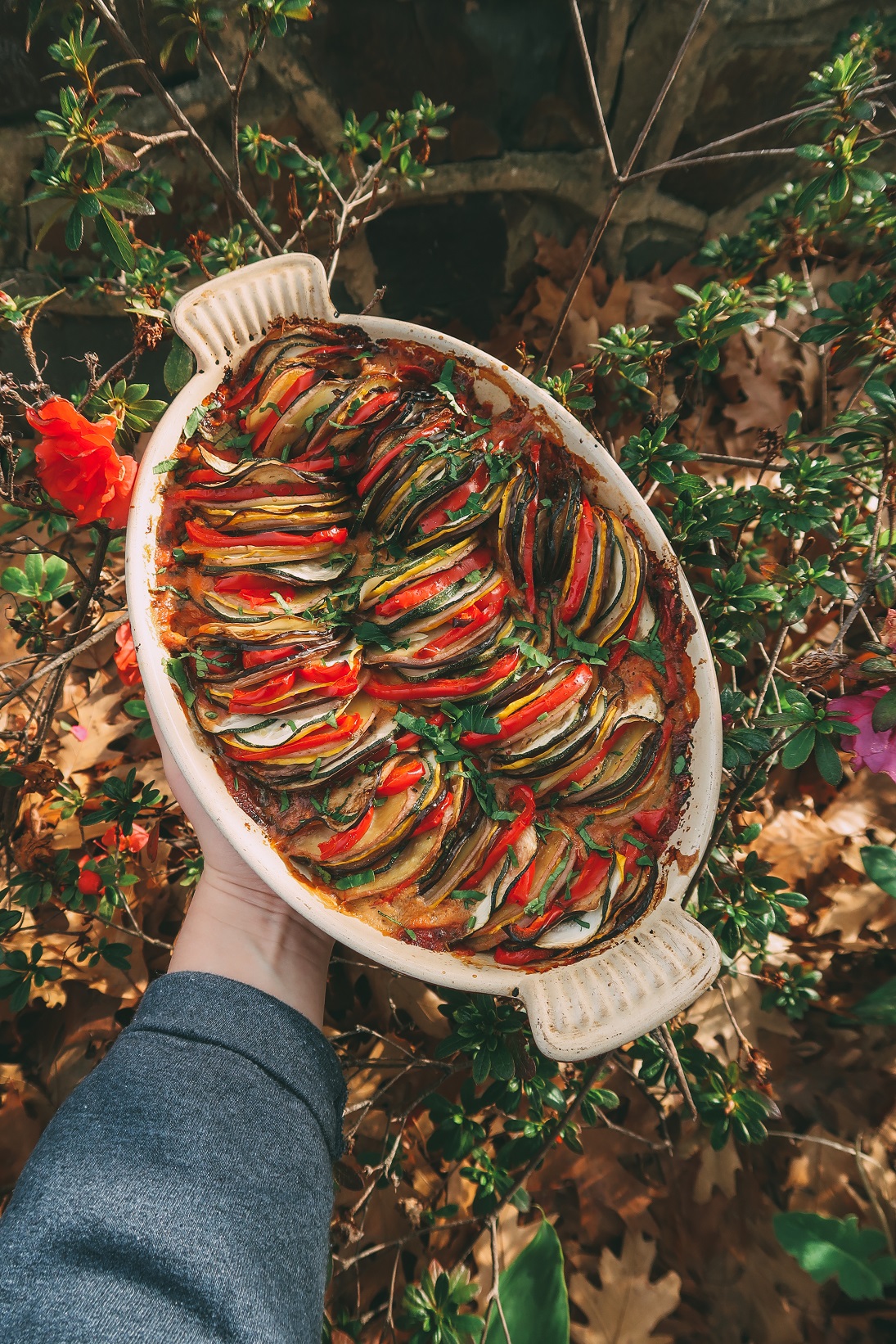 When veganizing food from the film Ratatouille it became pretty clear that this dish was going to have to make the cut. I have a pretty delicious yet also super quick to make Ratatouille recipe already on the blog, so I knew this version would have to be it's own epic incredible thing - that took the stock standard one pot on the hob number up at least 100 notches.

This DOES NOT DISAPPOINT HONEYBUNCHES!! It's a work of flippin' art, and so delicious and actually pretty to make in the end. The hardest part is having the patience to layer the veg, but if you make little stacks in your hand first and build it up from there you'll find that the dish comes together in no time, whilst giving you a little therapeutic mindful session with yourself. So win, win, win! I feel like I would serve this at a lunch when I'm trying to impress someone big time, while keeping it chill. I mean it is Ratatouille (aka a peasant dish (aka the best kind) as the film points out), but it's also mega stunning - making it ideal.

There's a bechamel underneath all that veg too honeybunches so it really is next level I promise. Hope you give it a go and love it <3