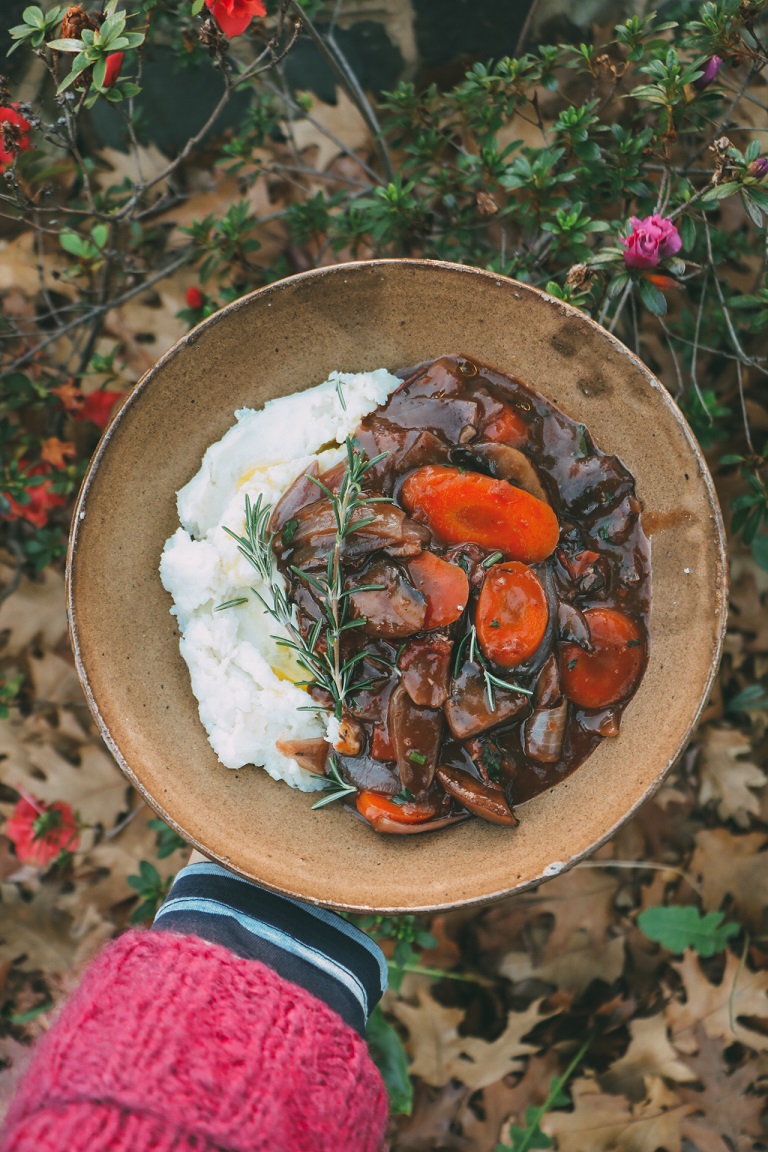 Bourguignon is something my dad decided to master when I was growing up. We had this French cookbook which was filled with un-beatable recipes and it came from that. It wasn't Julia Child's recipe but heck it tasted incredible. I've veganized the dish with oodles of success here honeybunches, and I'm telling you - if you're skeptical, you shall be surprised. It's seriously on-point flavour wise and will still make your house smell like a wintery welcoming cabin.

Plus, did I not mention it is soooo much easier and quicker than the original!!! No convoluted beef browning and braising necessary. So get excited honeybunches, it ticks all the boxes.

A few tips on the mushrooms you end up choosing,