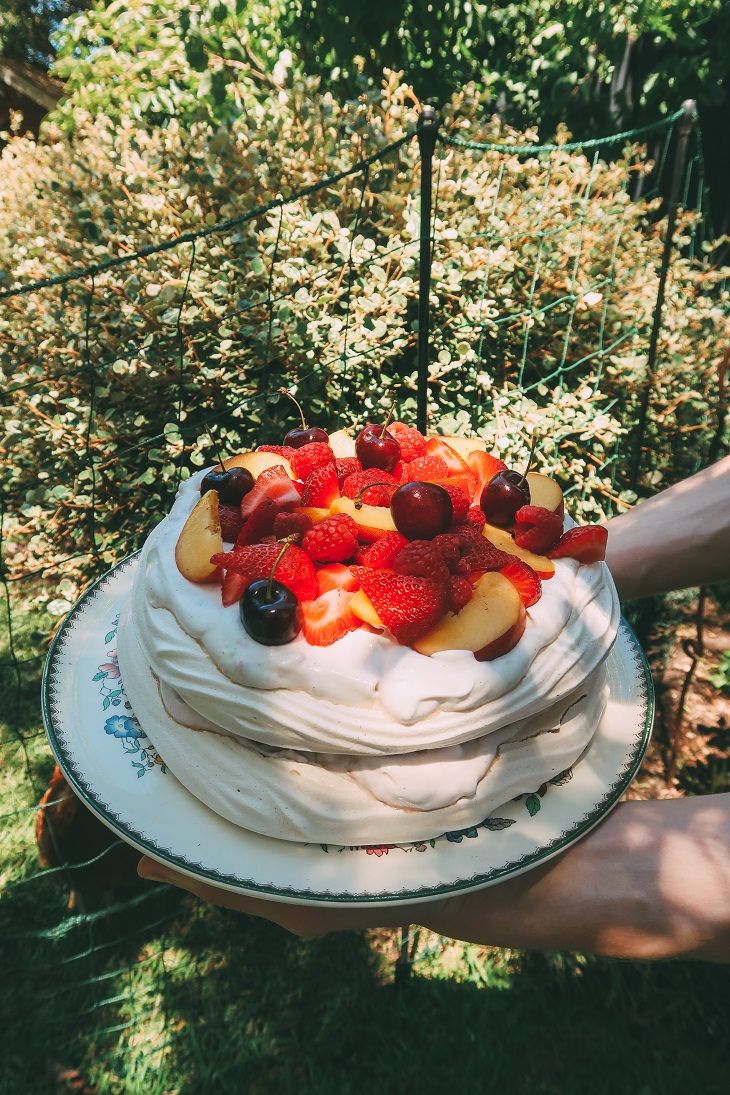 So vegan meringues do exist. They are a thing, and all because of the really nifty substance which is Aquafaba, which I'm sure you already know about because it's been all about the place since it popped up on the scene a few years back. So Aquafaba (which is just the water from a can of chickpeas) does wondrous things, although I have found it to do meringue better than pavlova over the years. Simply because my pavlova's have kinda "sweat-ed" after a couple of hours which as you can imagine was been oh-so-attractive!!

Anyhoo - this recipe is really impressive, pretty bloody easy and super gooood. So let me show ya' how I did it. FYI - aquafaba is kinda technical so I used another's recipe, and made it my own here.