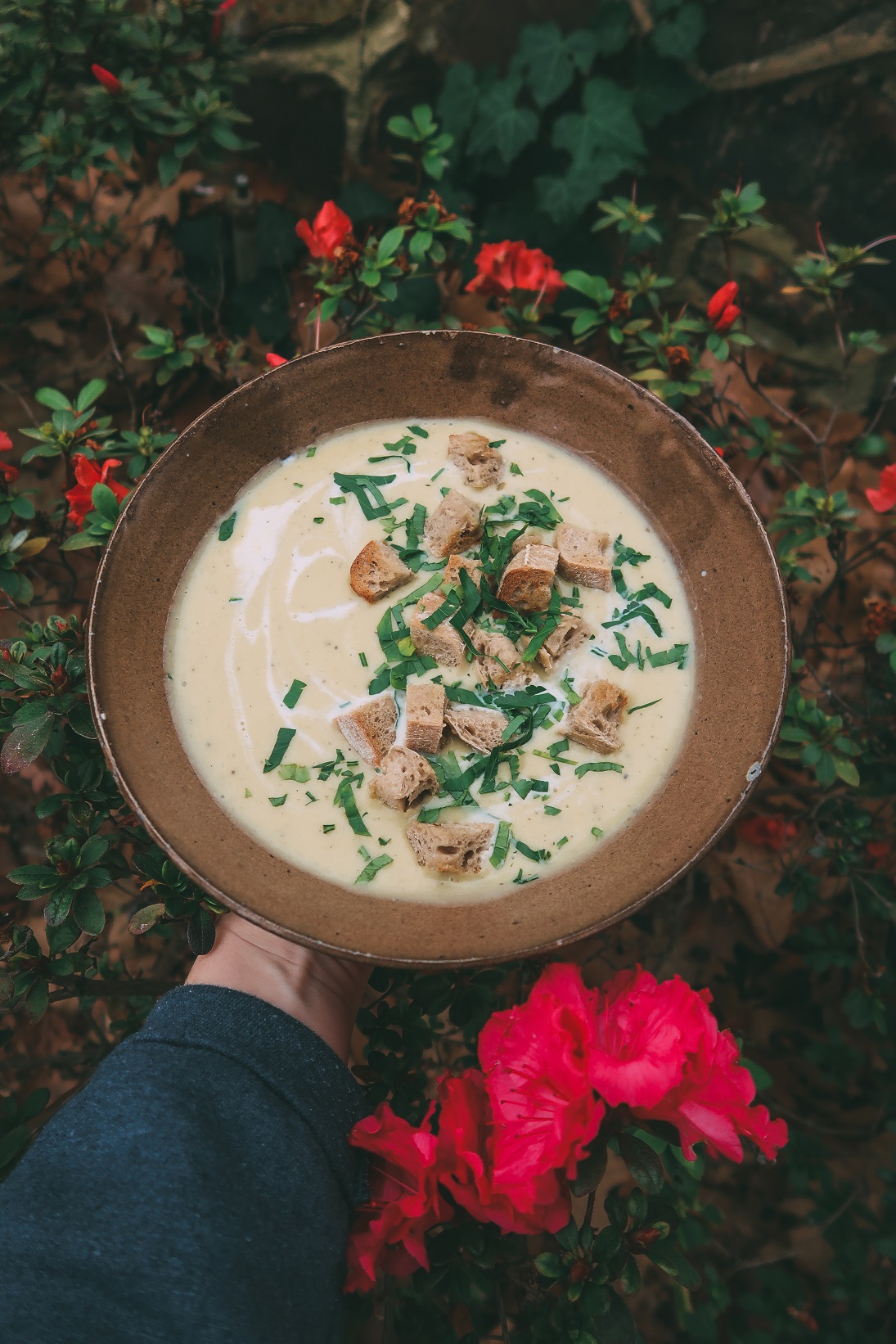 I'm kind of a believer that soup is soup and that while it sure does have it's purpose, half the time these new fancy-schmancy sweet potato spiced-whatever varieties that pop up here there and everywhere are actually like adult baby-food that isn't all that delicious.

So when it came to making this soup as a homage to the beyond epic one served in Ratatouille (I'm totally taking a wild guess on what the actual flavour was by the way honeybunches), I wanted it to carry some oomph ya know?! Afterall, for a soup to have a food critique going "wow-wee" it's got to be pretty phenomenal.

This soup is just that - a conversation starter, FOR SURE. It's one that embraces the potato and leek flavour but then carries it to the height of the heavens making it just splendid. Hope you enjoy honeybunches <3