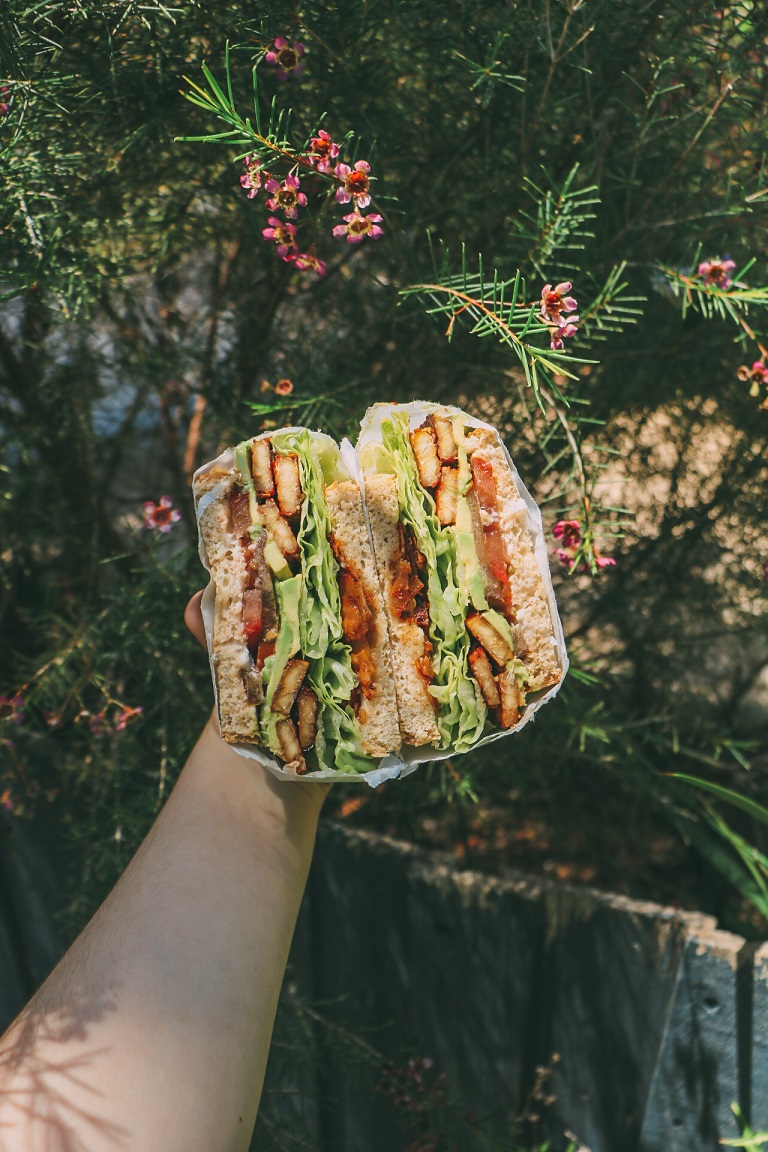 As someone who hasn't eaten so many sandwiches in their life that now they're now sick of them - I've very much been fabulously surprised at how flavourful and delicious vegan sandwich fillings can be. So tasty in fact - I'd say i'm experiencing a late bloom/late life (...relatively) peak in the sandwich quality department. I distinctly remember sandwiches at school never really being my favourite lunch box feature, especially is they possessed some tough-chewy-cold meat in the middle, that to be honest, biting through it always felt like a particularly uncomfortable man-oeuvre. Soft bread and chewy filling really isn't the best match, so in case you've found yourself in a sticky situation with some grizzly bacon in a BLAT/BLT in your life, I here now have the answer for you. Tender flavourful tempeh bacon and some crunchy and somehow juicy at the same time, coconut bacon in an epic vegan BLAT that I know will blow your socks off. You'll be biting through this one with ease and being happily transported by it's cruelty free flavour-punch in no time.