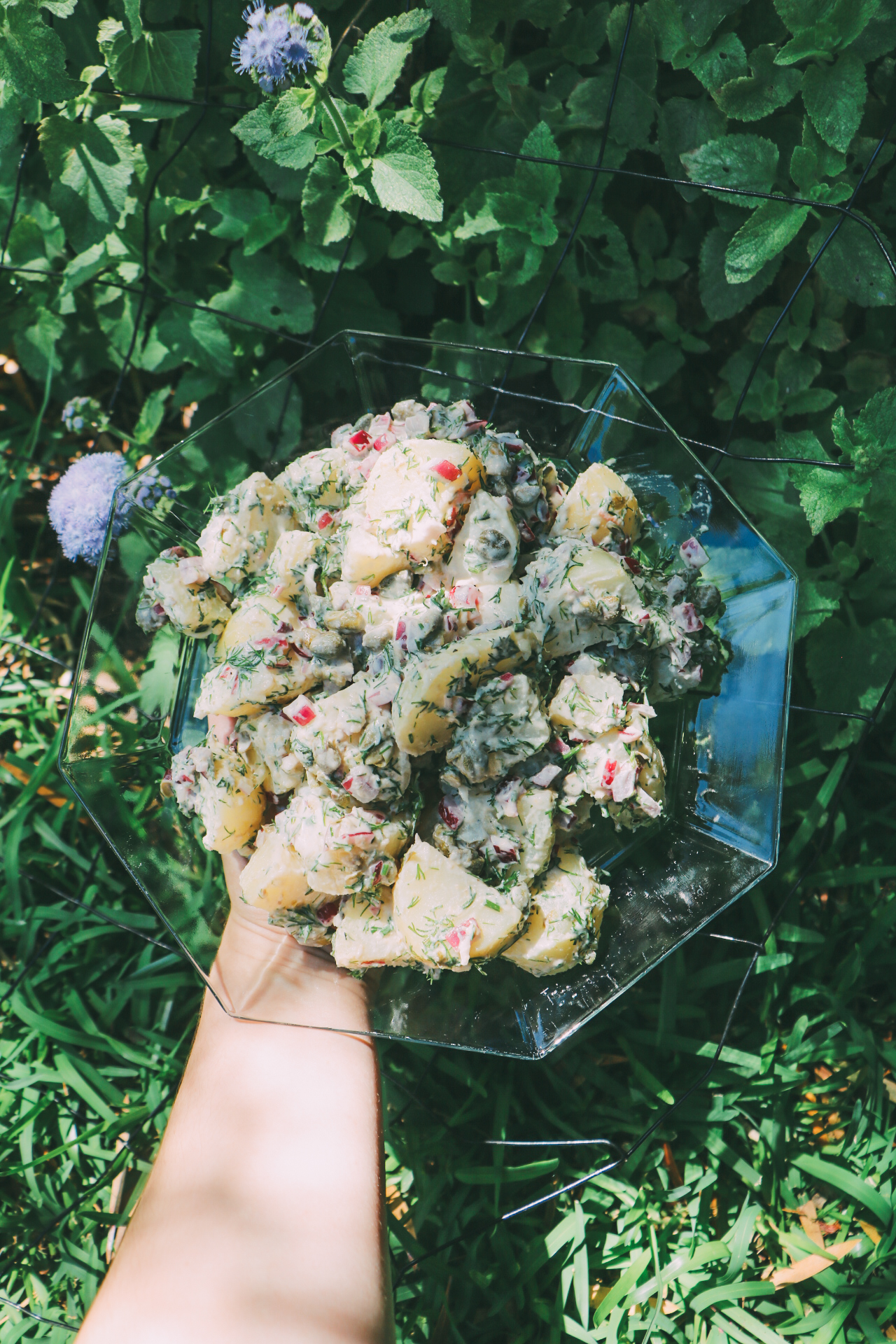 Potato salad is definitely a childhood staple of mine. However, it wasn't one of this nature, nope - it was the bacon bit-including crispy kind. But if I'm honest, the crisping up process of the boiled potatoes was always a bit of a fuss that demanded a lot of oil on the bottom of the pan, and then after all that you were left with a "summer salad" that was never really that "light" and "summery" to begin with. So that's when the chilled salad says 'move over red rover' - and rightly so. This chilled number is so flavourful AND refreshing with the inclusion of dill, onion, capers and lemon which wakes you up rather than slogs you down. Hummus might sound like an odd ingredient, yet I assure you it's undetectable - only working to light up the overall dressing and maintain it's fresh zing in the process. It might look like a pale pile of potatoes - yet it's SO MUCH MORE THAN THAT!!! I do hope you whip up this incredibly easy, and overwhelmingly scrumptious dish sometime.

Serves 4-8 (depending on the serving size)