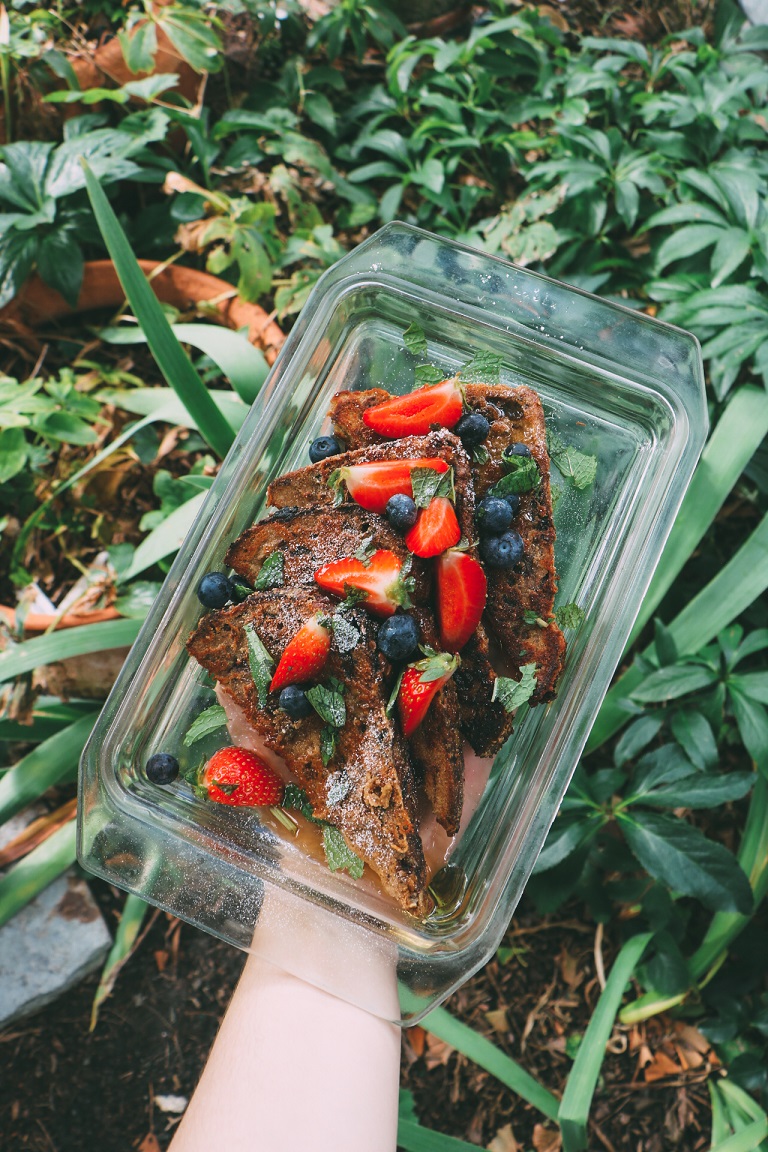 French toast is such a winner. While you might not think you feel like it, biting into it (especially when it's as delicious as this version) you realise you had been missing out big time. This version tastes and will leave your kitchen smelling like an incredible cinnamon doughnut. HELLOOO!! It's SO RIDICULOUS how good this tastes. Yeah, yeah so it's just cooked bread, but hold on there speed racer, because it really does transform into something far more sophisticated than the concept that it appears to be. Don't mind the bizarre tsp of nutritional yeast in there honeybunches, it all adds to the bizarrely egg-like mixture that your bread bathes in. This is so close to the original you won't miss the eggs I promise, nor will your lucky friends/fam who get to try some.