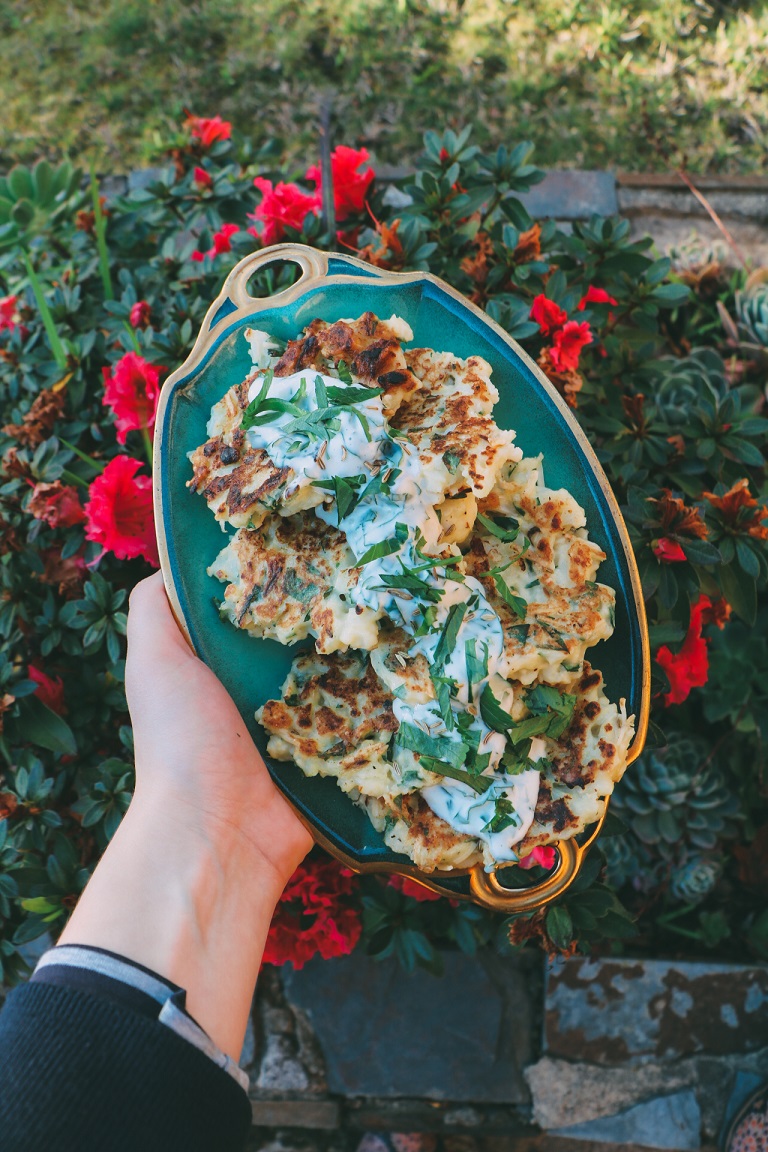 Flipperdee Gibert :) these are so thumpin' delicious!! I used to have a dairy laden version of these years ago, and since realising that their egg heavy nature would probably mean that they wouldn't be a go in the vegan world, I suppressed the thought of ever having them again and that was that. Then when I saw the vegan egg landing in so many stores in my area, it certainly dawned on me that these fritters could make one hella' fab revival! And my goodness do they?! These work out perfectly and it's almost a straight up, you wouldn't know the difference between the two, situation. They are seriously flavourful and taste exactly like they did (my brother confirms). If you're not a fennel fan, then I implore and BEG you to give these ago!! I don't like licorice and these are just heaven. Together with the herbed-garlicky mayo, they are just restaurant quality vegan out-of-this-world-ness!! They aren't the healthiest food on the planet - I get that, but they taste too amazingly good not to make them at all. So pretty please, give them a go :):) you won't be disappointed!!