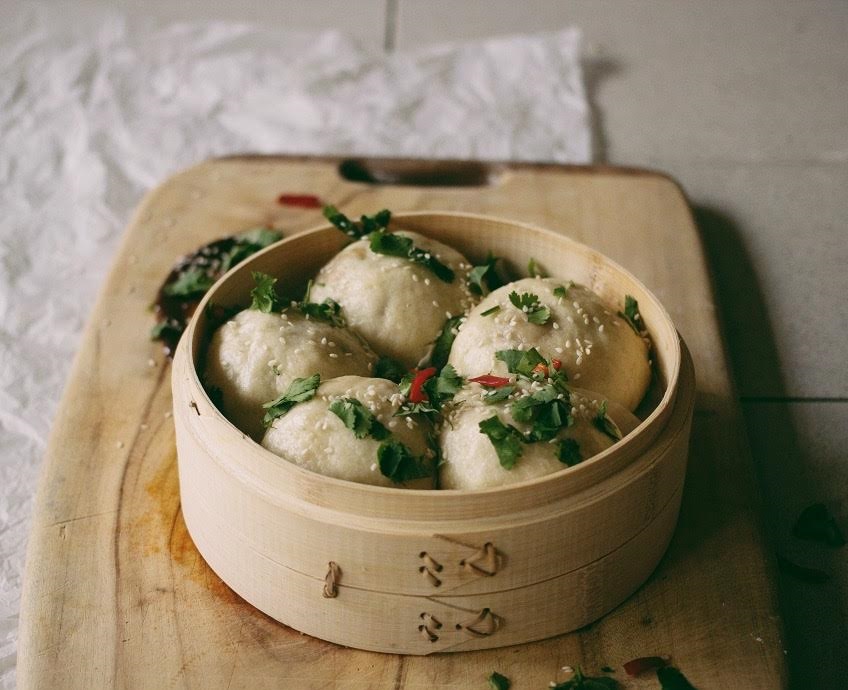 Let's be honest, who doesn't get excited at steamed something-er-others. Whether it be dumplings or dim sum buns, they are all just pockets of deliciousness. I was surprised at how easy these are to whip up, and I may say that they are far more satisfying then dumplings - so you are not left devouring the remains of your efforts in 10 seconds flat. While dumplings are often inhaled, these are slowly munched on, bringing smiles to everyone who gets their hands on one. Don't be intimidated by the good ol' trusty steamer. It may take one or two YouTube tutorials to convince you, that you will in-fact get a result, but with every time you use it, the easier it becomes. Plus they are dirt cheap!! Go to an Asian grocery store or even dollar store for the best price. Yet if you are not willing to fork out the loose change then use a wide-bottomed pan with a cooling rack in the bottom. See, there are no excuses when it comes to these. So hop in the kitchen and get cracking!!

Makes 12-14 buns, plus extra filling for your next round :D