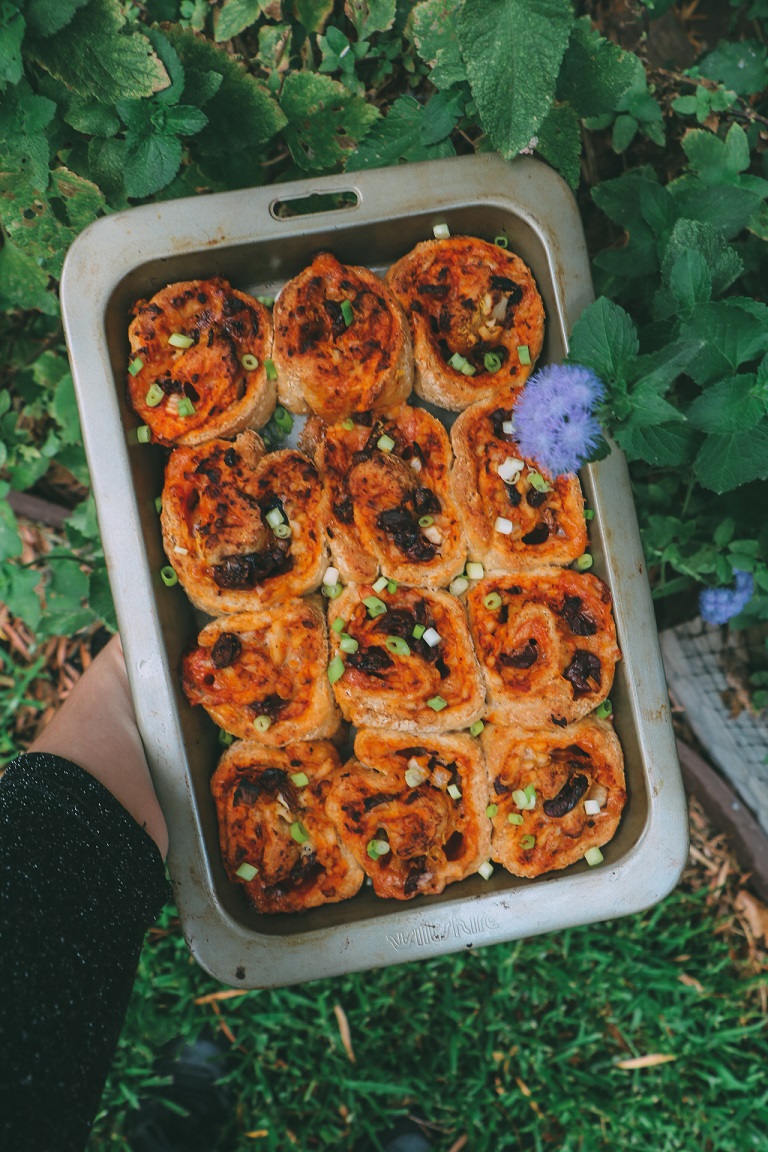 Pinwheels might be a childhood thing, but in this case I kind of don't care. Which is a good thing I think. They are the perfect side-accompaniment to take with a hearty salad to work, school or wherever you trot off too. I'll definitely try making wilder ones in future, yet this is where I'm starting. Pizza Pinwheels like what I had growing up. They fluffy, soft, hearty & incredibly simple to make. I promise you won't stuff up this recipe. Now I'm off to add pesto in one lot and chocolate hazelnut spread in another... woohoo!!