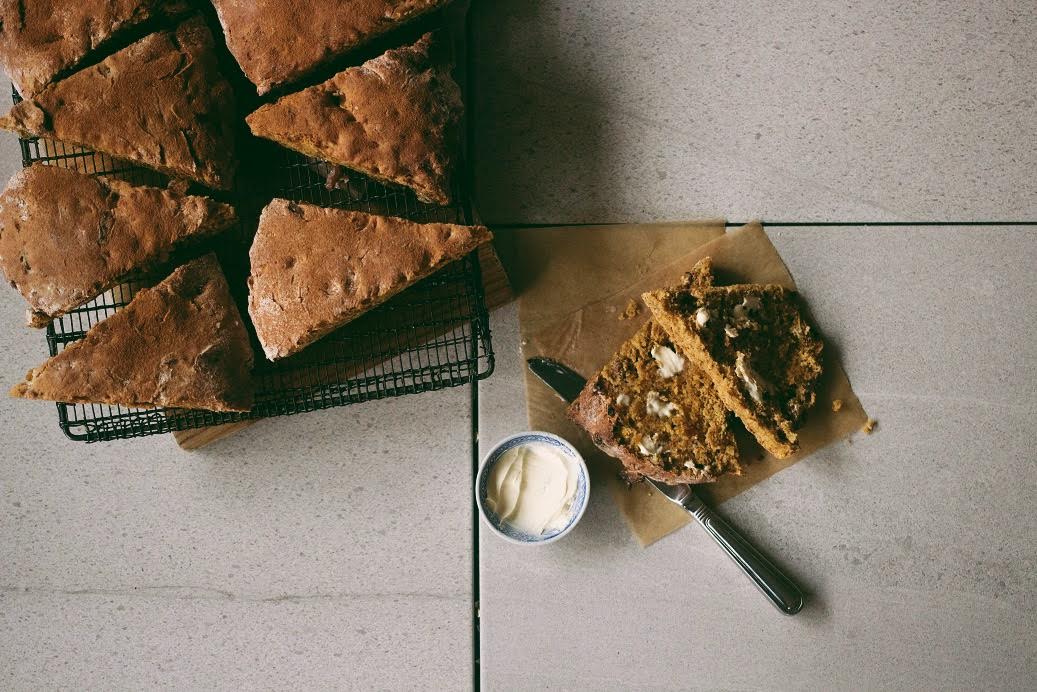 Scones are what seem like a universal thing, just one where each part of the world likes to shape their scone differently. I mean who cares, squares or triangles, no one is going to wage a war over it - I just think it's odd. Even though my homeland shape these little buggers into squares or rounds, I have gone with the somewhat groovier triangle for today. These warming pumpkin wedges of glory are too good to pass by, even if they don't look much to the eye. You could glaze these beauties, but they are doing rather well on the healthy-charts, so I thought I wouldn't upset that with a sugar-filled drizzle. Being oil-free you might think they won't be moist - but I assure you they are, and you don't miss the coconut oil or nuttelex one bit. Enjoy straight out of the oven with some vegan butter for the savory folk or maple for the sweet lovers amongst us.