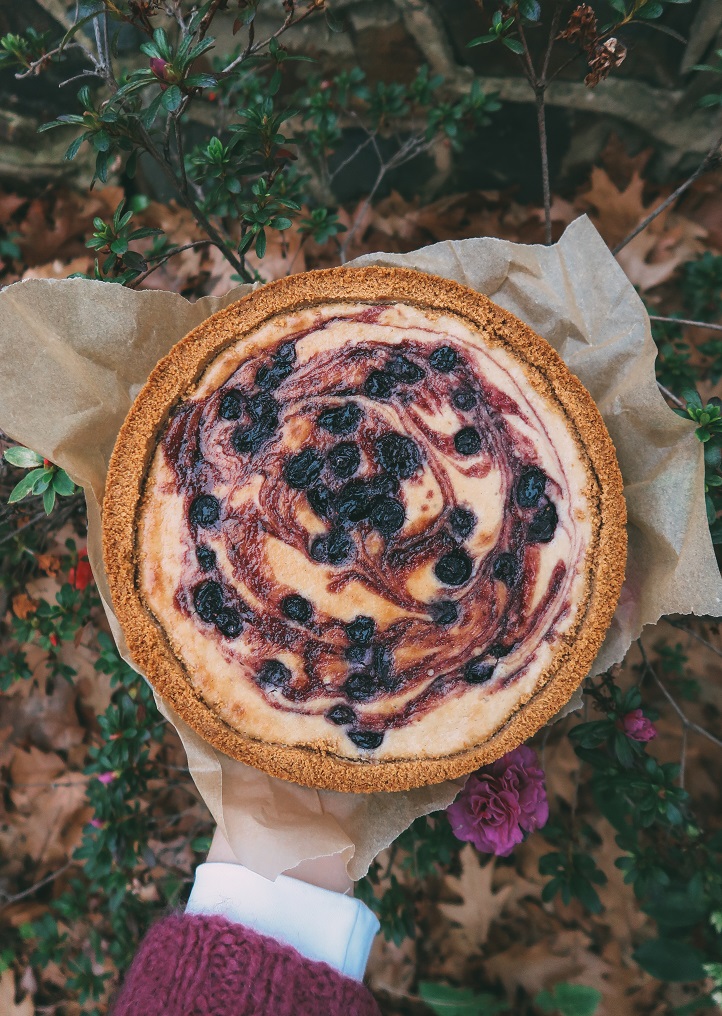 I made a ridiculous amount of vegan cheesecakes when I first got into vegan cooking (that was before I actually went vegan - fun fact) - as I think in my mind they were the only real sweet desserty vegan thing to make for family dinners etc that I could think of. They were all raw cashew, date and nut base varieties of cheesecakes and I forced them on a lot of family members who reluctantly (I'm sure) said 'hmm... quite nice' after their first mouthful of cold raw-vegan-ness. I don't have anything against these types of cheesecakes, I often make small ones for this and that, but I appreciate that for some people, they are just a bit too "clean" tasting or something.

So this is a baked vegan cheesecake with a super creamy scrumptious filling and traditional biscuit base. It literally tastes exactly the same as the usual way of making it does, yet is full of much more plant-ful ingredients that will probably save you from that "this was so rich I'm going to have a nap now" feeling afterwards. Cannot wait for you to try this lemoney-vanillery-blueberry-biscuity number honeybunches. It's beyond lovely!!