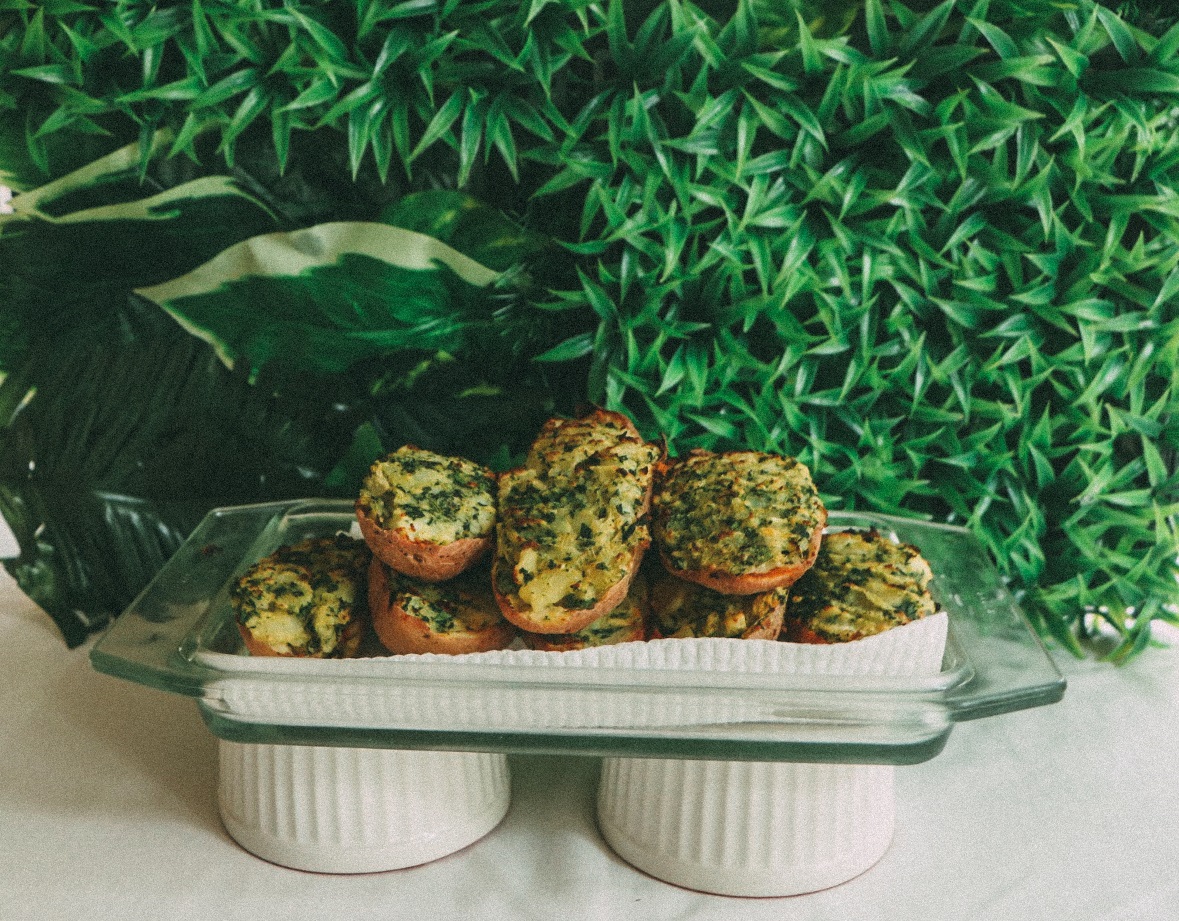 Double baked potatoes, ah the mems. Whoever experimented with this phenomenon I take my hat off to. It's a genius idea. After all, what happens when you continue to cook a soft and squishy spud even more, it becomes even more soft and squishy!! Only good things folks. In my spin on them here, I've decided to strip them back to a simple and deliciously light and flavorful affair, adding juicy leeks and fresh herbs for flavour. While I do think potato and cheese is possibly the best combination ever known to man, sometimes it can be nice to know that something you have loved your entire childhood can be enjoyed each and every day in a perfectly healthy and nourishing form. Win, win!